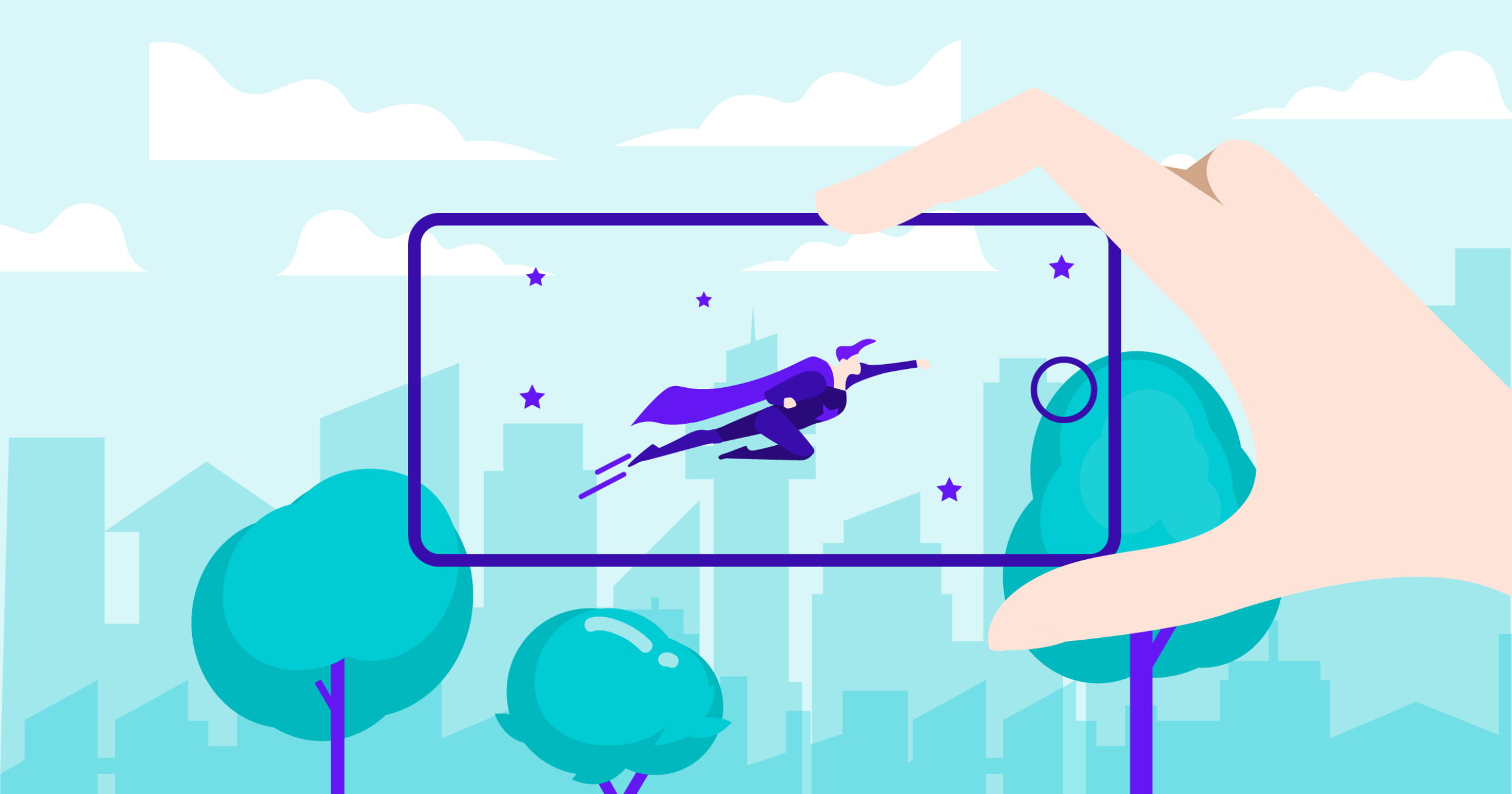 AR mobile app development used to be difficult and expensive. Nowadays, it has changed. We have the tools to build it quicker and at lower cost, and users need just their mobile devices to use augmented reality apps.

And users love to use AR apps!

Only last year an estimated worth of AR industry reached $1.8 billion, with gaming, education, and healthcare and medical devices being the top funded sectors.

According to the Deloitte’s report, approximately 1 billion people used AR at least once last year. And smartphone is the most popular device type among AR/VR users, chosen by 77% of them, as per Statista data.

Following the success of AR filters introduced by social media or AR games like Pokémon GO!, augmented reality is now being used by more and more companies from various industries for marketing, sales, entertainment and education.

AR tools that made the difference

So what is it that made creating AR games and apps easier, end therefore faster and cheaper? The answer is the rise of software development kits (SDKs) that enabled developers to create augmented reality experiences for mobile devices.

And AR mobile apps are more convenient to users, as they don’t have to buy expensive gear to experience it.
‍

ARKit is Apple’s framework for mobile augmented reality apps and games. Created for iOS 11, it is now being further developed for iOS 12 to offer better experience without excessive hardware demands. For example, it will allow two users to enjoy the same experience with two separate mobile devices.

Find out more about ARKit 2 on Apple Developers website.
‍

If you target Android users, then Google’s ARCore is what you’re looking for. Similar to ARKit, the framework uses the device’s hardware to understand its position and to map the surroundings.

ARCore works with devices operating on Android 7.0 (Nougat) or later. You can read more about the framework on their website for developers.

As users move their devices, ARKit and ARCore use motion tracking, environmental understanding and light estimation to determine device’s position and the world around it. The frameworks use devices’ cameras, gyroscopes, accelerometers and magnetometers to map the surroundings and create a virtual representation of the environment on the fly, so users can place objects in it.

To give you an overview of what you can create using ARKit and/or ARCore, we’ve come up with some examples you can download and try out yourself.
‍

IKEA Place was one of the first apps created with ARKit back in 2017, and is still widely popular – in 2018 it ranked #2 in Apple App Store in AR apps category.
‍

The concept behind the app is really simple. Users can scan their room with a mobile phone and then place 3D models of chosen furniture or decoration available at IKEA to see how it fits in their space.

As the 3D models resemble the furniture’s actual size, the app can be used not only to preview IKEA’s products, but also to plan the space without even manually measuring it.
‍
‍

LEGO is an early adopter of the latest trends in augmented reality. Since the introduction of ARKit and ARCore in 2017, the company’s app LEGO AR-Studio has been the example both Apple and Google used to promote their frameworks.

LEGO AR-Studio uses ARKit (iOS) or ARCore (Android) to screen a complete LEGO kit on a flat surface, allowing users to play with it, bringing models to life.
‍

After the announcement of ARKit 2, LEGO’s app adopted it early on, bringing multiplayer to its latest update of the app.
‍
‍

Sky Guide is an app that has been around since 2014, turning Apple’s mobile devices into private planetariums. After the release of ARKit, the app adopted the framework to enhance the experience, becoming “the coolest app in the App Store”.
‍

via GIPHYAfter pointing their devices to the sky, users can see models of constellations mapped on the sky, taking star gazing to the next level.
‍
‍

Amazon’s augmented reality mobile app is an for previewing home products available for Amazon. After downloading the app on iOS or Android mobile device, users can view how products they browse online would fit in their houses.
‍

The app uses ARKit or ARCore depending on the device to scan the environment and place scaled objects from the store, so just like in the IKEA’s example, shoppers can see how the item they’ve chosen would look like in their houses.

AR mobile app development: How we use ARKit and ARCore at Apptension

Developing augmented reality mobile app for one of our clients, we used Unity to render 3D models and animated characters. With ARKit and ARCore, users can use the app to screen the model on any flat surface and interact with it, using their iOS or Android devices.

ARKit and ARCore are just two examples of augmented reality frameworks you can use to create AR mobile apps. Other available frameworks include:

These two, similarly to ARKit and ARCore, support Unity (amongst other engines), making it easier to create and render 3D models you can then place in your AR experience.

‍Need a hand with augmented reality mobile app development?
Let us do the code!
Click here and estimate your project with us.