How React Native can be beneficial for your next startup?

Deciding on the technology that you will use in your next project is one of the crucial steps in the product development process. It’s no different when it comes to mobile app development—choosing the appropriate technology will be one of the essential decisions you’ll face.

Having to make such decisions can be particularly hard for non-technical people, but sometimes they have no other option. Let’s face it: if you’re the CEO of an early-stage startup that still doesn’t have an in-house team of skilled developers to advise you, you need to educate yourself as much as you can to make the best decisions even on such complex topic as the technology stack. We’ve already covered this in the guide for non-technical CEO’s and in this article, I will go more in-depth and try to advise you on the choice between native and cross-platform mobile technologies.

At Apptension, we opt for cross-platform mobile app development with React Native. Based on our extensive experience in crafting mobile products, it is the best choice for ambitious startups because of the multiple benefits that I will reveal in this article.

Definitely one of the main challenges in mobile product development is the fact that if you want to reach the majority of mobile users, you need to take into account the two most popular mobile operating systems: iOS and Android. What are your options?

The first one is native app development, meaning that you craft two separate applications aimed for these operating systems. The alternative is the before-mentioned technique called cross-platform app development that allows you to create a platform-independent app that will run on both iOS and Android. For this, you can use one of the frameworks available on the market:

…and so on. As you probably have guessed already, React Native is our preferred choice, and not solely ours: it’s the most popular cross-platform mobile framework right now. After reading this article you’ll be fully aware of the reasons.

Do you want us to help you build your next product using React Native? Get in touch now!

How React Native apps are different from native technologies

We should start with a little clarification: despite its misleading name, React Native can’t be considered a native technology. But what exactly a native app is?

Basically, it’s a platform-specific application that was created using a programming language native to the operating system: for instance, Swift in the case of iOS or Java in the case of Android. A native app built for Android won’t run on iOS, and vice versa. Therefore, developers that go for native applications need to do double the work: create separate apps both for iOS and Android, and it usually implies the need of engaging two teams of developers, UX designers, and testers that specialize in one of these platforms. That means double the work, time and money.

This is why cross-platform app development using a technology like React Native is so eagerly adopted by companies that want to reach both iOS and Android users with their app, but in the same time reduce their time-to-market and the effort necessary to release a fully functioning product on both operating systems without compromising the final quality.

React Native is an open-source framework created by the tech giant Facebook and released to the public in 2015. Mark Zuckerberg’s team uses it for its own products, like Facebook, Instagram, and Ads Manager mobile apps.

This framework uses JavaScript, which is the most popular programming language in the world. Therefore, the learning curve is easier for people that know JavaScript, meaning this technology will be more accessible for developers that will work on products in your startup, which adds one more point in favor of React Native.

Apart from Facebook’s products, React Native is widely used in a variety of apps created by both startups and Fortune 500 companies: for instance, Uber Eats, Walmart, Discord, Wix, and many more.

React framework and React Native: what is the difference?

Another common misconception about React Native is confusing it with React (also known as React.js), which is a JavaScript library, also maintained by Facebook (no wonder people get confused!). React is a front-end technology used to build interactive, high-performing interfaces for websites and web apps. React Native was built on top of it and works on very similar principles, also the syntax is similar, so once again, the learning curve is also quite flat and easy for developers that know React.js.

How React Native can contribute to your project’s success

Now it’s time to answer the essential question: how React Native can benefit your next mobile product. From our experience, these are the key benefits of using React Native in mobile app development:

How React Native is used in our projects?

Having used React Native in a number of our projects, we can share some interesting case studies. There is our side project, for instance: Teamdeck mobile app (wondering why a software house has a side project? We’ve explained it here).

Another interesting React Native project done for one of our clients was the LESS_ mobile app for selling and buying second-hand clothes. One of our goals regarding the frond-end of this app was to ensure the best performance on all devices together with uninterrupted user experience, and React Native proved to be the best choice. This decision allowed to save a significant amount of time and money, which is essential for many early-stage startups.

Choosing the appropriate technology for your product is only one of the stages of product development and kicking off a successful startup. On our website, we’ve gathered some insights and tips on the process of mobile apps development in healthcare, but they can be relevant for other industries as well, so I recommend checking this out. And if you wish to talk to us about your product idea, don’t hesitate to use the contact form and we’ll get to you shortly! 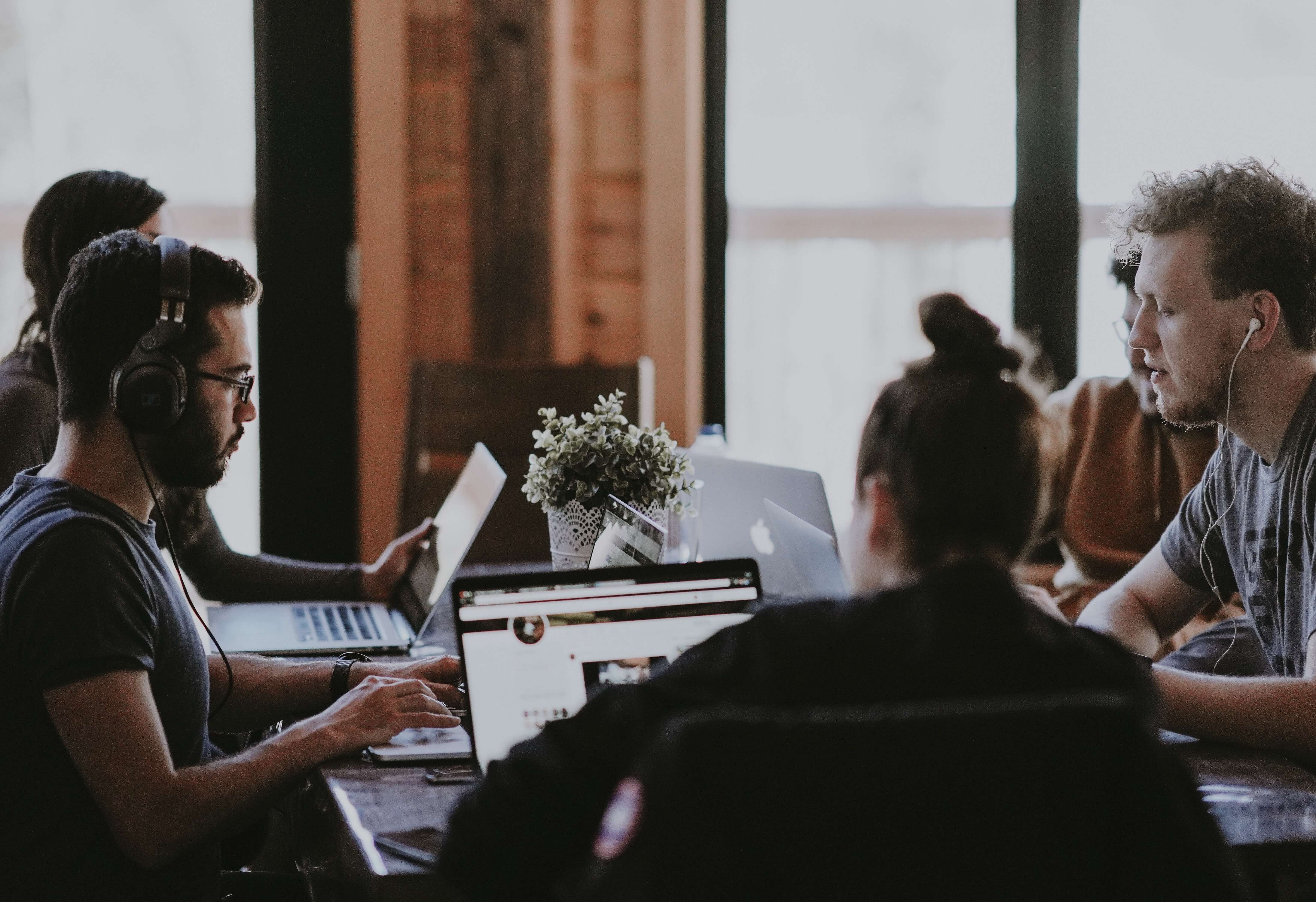 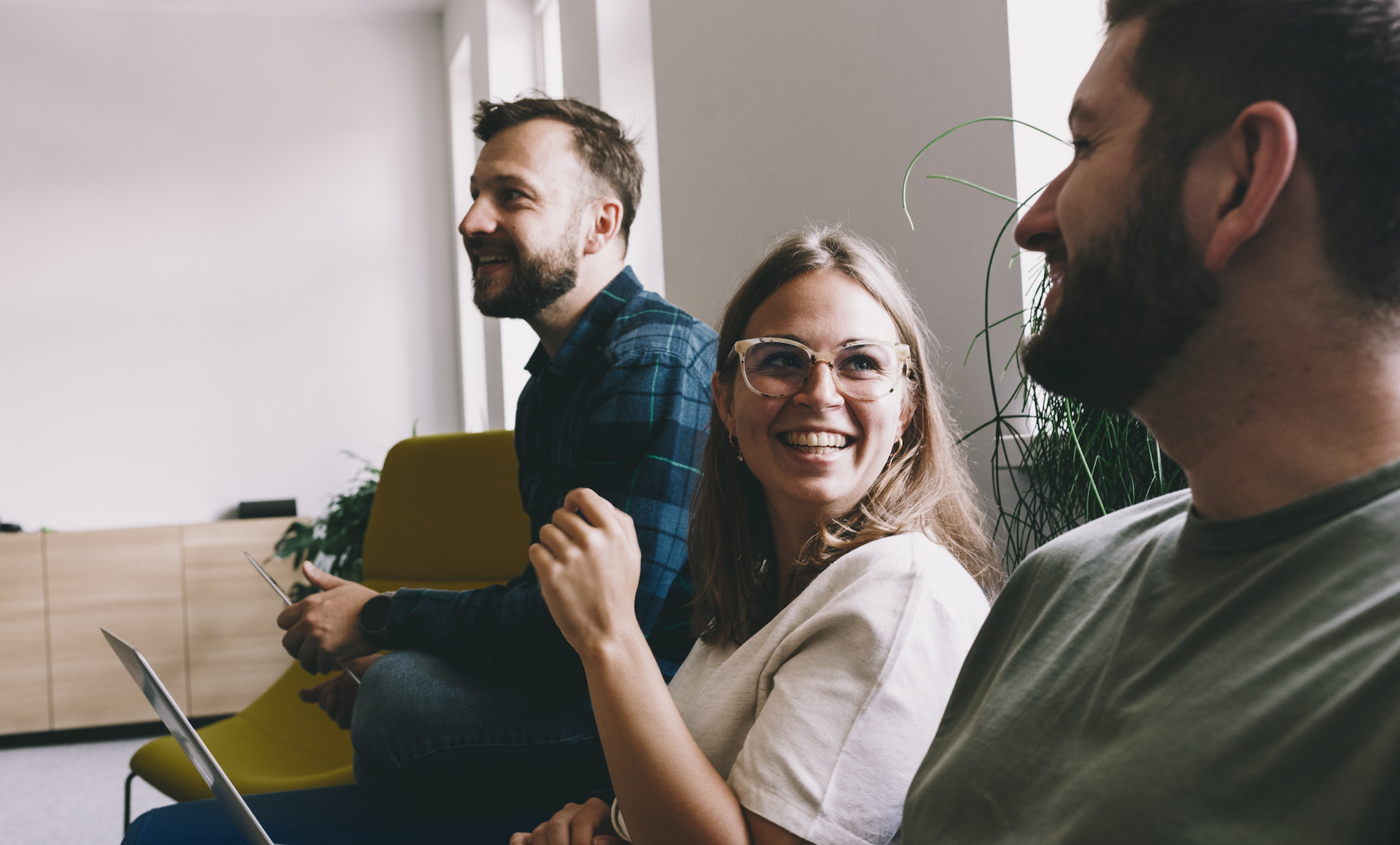