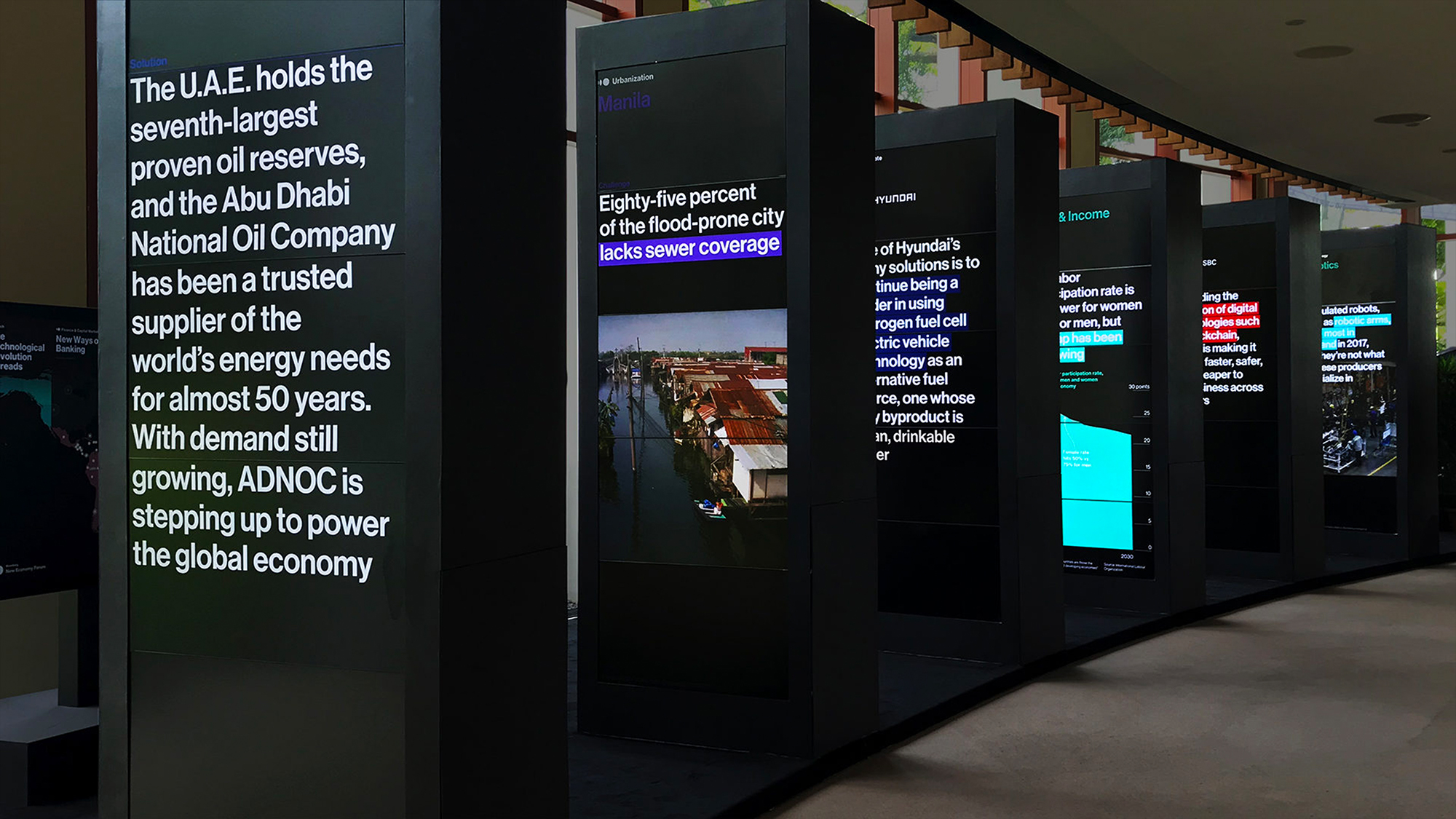 Economic power is shifting from Western countries to new economies, experts say. This change opens new markets, but also requires new leaders to influence the course of this economic transition on a global scale. Bloomberg’s New Economy Forum aims to support this change, serving as a community for leaders to promote innovation, collaboration, and inclusiveness.

For NEF’s inaugural event, held in Singapore on November 6-7, 2018, we’ve been tasked with developing software to power video installations and interactive data visualizations provided by Schema.

Our work included synchronizing multiple screens, rendering the maps, and optimizing performance of an application running on the touchscreen to enable user interactions.

Working with Schema, based in Seattle, WA, we had to collaborate across time zones. To keep our client in the loop, we set up biweekly online calls and Jira updates on the progress.

To render the maps, we used React, Datamaps, and D3 libraries, as well as PIXI.js. The application was optimized for Internet Explorer, since we used Microsoft Surface Hub to present the maps in Singapore.

We also had to implement a pause and play mechanism for the pillars. We decided on using the Octopus software to trigger the videos on all pillars and Millumin2 to display them.

During the event itself, our frontend developer assisted the client in installing the videos on the pillars and supported them on the spot.